The Crusher was re-released as a digipak featuring two discs. Disc one features the entire album remastered by Jens Bogren plus the bonus track, The Eyes Of Horror, which is a cover song, originally done by the mighty Possessed!

Disc two features the live recording of the show Amon Amarth played on December 30, 2008, in Bochum, Germany in which they played the album in its entirety. The order of songs is the same as on disc one (excluding The Eyes Of Horror). Similarly to the first two re-issues, this one also features new liner notes written by the band.

Recommended if you like Arch Enemy, Children of Bodom, Wintersun, Equilibrium, Ensiferum

DISC 1:
1. Bastards Of A Lying Breed
2. Masters Of War
3. The Sound Of Eight Hooves
4. Risen From The Sea
5. As Long As The Raven Flies
6. A Fury Divine
7. Annihilation Of Hammerfest
8. The Fall Through Ginnungagap
9. Releasing Surtur's Fire 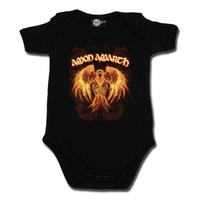 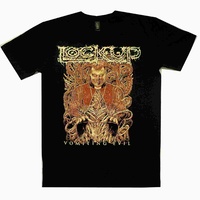