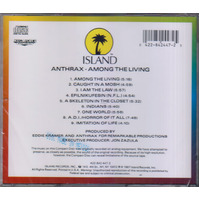 Anthrax Among The Living CD


Among the Living is the third studio album by American thrash metal band Anthrax.

The album is dedicated to Cliff Burton of Metallica, who died in a bus accident six months before its release while on tour with Anthrax as the opening act.

Veteran engineer Eddie Kramer, at his first venture with a thrash metal act, co-produced the album. Recording proceeded smoothly and the band was enthusiastic, but different visions for the sound of the final release created contrasts between Anthrax and the producer during the mixing at Compass Point Studios in the Bahamas. Ultimately, Anthrax succeeded in maintaining the aggressive dry sound and fast rhythms of the original recordings, enriched by often-humorous lyrics dealing with disparate subjects.

Anthrax members often described the album as their major breakthrough, as it catapulted the band from being a small club attraction to arena and stadium stars. Critics acclaimed the album and promoted the band among the Big Four of Thrash Metal elite. The band's second Gold record, Among the Living was certified Gold by the RIAA on July 31, 1990. 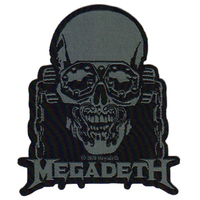