Two CD package that pairs 2003's critically acclaimed 'We've Come For You All' - which saw guitarist Rob Caggiano join the band - with the following year's 'The Greater Of Two Evils', their 'live in the studio' album of re-recordings of classic Anthrax tracks with then-current vocalist John Bush.

TV has soap operas, literature has Shakespeare, and metal – well, metal has ANTHRAX, that fire-breathing, thrash-spitting, multi-headed beast of a band. You'll have heard of their meteoric rise in the 80s alongside the likes of Slayer, Megadeth, and a little band that once crashed on ANTHRAX’s studio floor, known as Metallica. You'll know all about their game-changing, crossover hit with Public Enemy on “Bring The Noise“ in 1991. You'll have listened to generations of bands that owe everything to their signature stomp and crushing riffs. Over the past 30 years, ANTHRAX has achieved sales in excess of 10-million.  The band has also received multiple Gold and Platinum albums, multiple Grammy nominations, and, even, the Classic Rock ‚Metal Guru‘ Award. 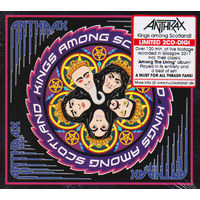 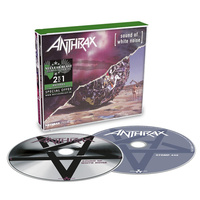 Anthrax Among The Living Poster Flag Anthrax I Am The Law Poster Flag 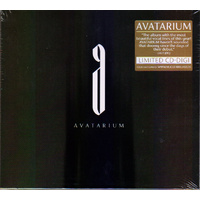 Fit For An Autopsy The Sea Of Tragic Beasts CD