Dauði Baldrs or Dauthi Baldrs (English: "Baldr's Death" or "The Death of Baldr") is an album by the Norwegian artist Burzum. Unlike Burzum's previous work, which was mostly black metal, this is a dark ambient album. Stylistically, the album is a mix of medieval music, ambient, neoclassical and minimalism.

It was recorded using a synthesizer and a normal tape recorder by Varg Vikernes while he was in prison, as he was not allowed to have any other instruments or recording equipment and was completed in a few months due to his limited access to synthesizers, which was also the case with the following album, Hliðskjálf.

About the reissue:
- The ultimate vinyl re-issue for the metal vinyl connoisseur and dedicated collector!
- Pressed on exquisite, heavyweight vinyl to produce the very best in sound quality with a mesmerizing tactile feel that makes these a pleasure to handle.
- Beautiful vinyl colours are carefully chosen to complement the artwork.
- The artwork itself is re-worked to faithfully interpret the original album and reproduced on superior quality gatefold sleeves in heavyweight card with a superb and un-rivalled finish. 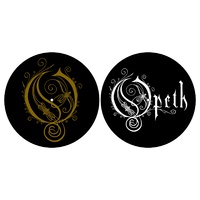 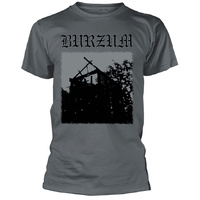