This fully self-produced release shows Crypt Crawler at their very best, with this album proving that they have pushed their craft even further than their debut release 'To The Grave’. Future Usurper hits hard, bringing their dynamic blend of dark, heavy old school death while pushing the songwriting into new realms. They introduce some slightly progressive elements, yet never lose touch with the old school death metal sound they have become known for.

Track Listing:
1. The Mouth of Death
2. Future Usurper
3. Force Fed to the Dead
4. Delirium
5. Inherent Complexion
6. Choir of Reprieve
7. The Avaricious Ones
8. Horrors of Humanity
9. The Illusion We're Under
10. Once Shadow, Now Flesh 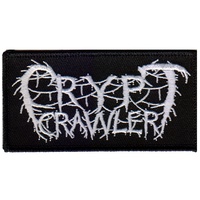