Maxxxwell Carlisle is an outstanding guitarist, who could have fit right in during the mid-eighties, at a time when legendary "guitar heroes“ such as Yngwie Malmsteen, David Chastain, Tony Macalpine or Vinnie Moore just to name a few started out. All of them had their home in traditional heavy metal and most of them were from the US. Maxxxwell follows this tradition. His compositions are outstanding as the present album, mostly a compilation of his so far work, shows very well. 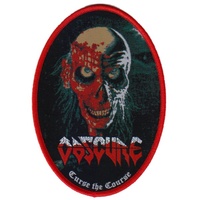