Master of Puppets was initially released in 1986 by Elektra Records. In addition to the popular title track, the album features the songs “Battery,” “The Thing That Should Not Be,” “Welcome Home (Sanitarium),” “Disposable Heroes,” “Leper Messiah,” “Orion” and “Damage, Inc.” It became the first platinum-selling album for the band and went on to reach six-times platinum status in the U.S., with over 10 million copies sold worldwide.

The classic album was the first metal album to be added to the National Recording Registry of the Library of Congress. Metallica And Justice For All Back Patch 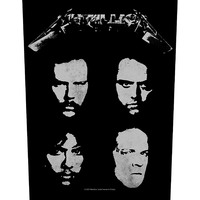 AC/DC For Those About To Rock Tank Top