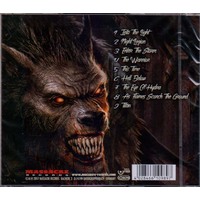 
Forged in the fires of internationally acclaimed acts ranging from Death Dealer and Darker Half to Aussie metal royalty Dungeon, Night Legion unleashes razor-sharp power metal to make your ears bleed - in the best possible way!

In Night Legion, Stu Marshall - active member of Blasted To Static and Death Dealer - reunites with bassist Glenn Williams, a crowd favorite on Dungeon's large-scale tours, and Clay T, also of Blasted To Static fame. Joining them is screaming lead vocalist Vo Simpson who also plays in Sydney's thrashers Darker Half. With an uncompromising and aggressive style that echoes Rob Halford's trademark microphone abuse, Simpson's voice cuts a blazing trail of destruction that is second to none.

The album represents a fresh and powerful resurrection of European style power metal. The songs are aggressive but still have classic hallmarks of what makes heavy metal. The album is diverse in style, with the strong opening power metal anthem "Into The Light" and mid-tempo head-banging songs like "The Eye Of Hydra". Lyrically, the album is diverse on topics covering personal power, sci-fi and gladiators, among others. 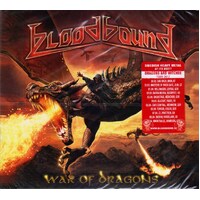 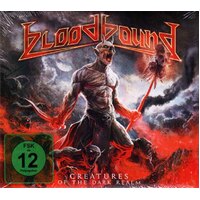