Northward is a hard rock duo composed of Dutch vocalist Floor Jansen of Nightwish and Norwegian guitarist Jørn Viggo Lofstad of Pagan's Mind. The two created the project in 2007, writing an entire album worth of music in 2008 but being unable to record it due to label issues and their busy schedules; they ultimately reunited in 2017 to finally record the album, which was released on October 19, 2018 by Nuclear Blast.

During the ‘all star jam’ at Progpower USA in 2007, the first musical magic was performed on stage when then After Forever singer Floor Jansen and Pagan’s Mind guitarist Jørn Viggo Lofstad joined forces to do some cover songs. In 2008 the two ‘strangers’ managed to write an entire album in no time. The style of music is not to be compared to the bands we know this duo from. It can be described as melodic rock/hard rock music based on drums, bass, guitars and vocals. Without opera, orchestra or progressive elements; back to basic in a mixture inspired by such talent as Skunk Anansie/Led Zeppelin and Foo Fighters. 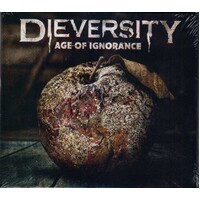