The band had previously recorded the full length album Metalizer with Italian label Underground Symphony, but due to conflicts, its release was delayed until 2007. Primo Victoria instead became Sabaton's debut album, recorded in 2004 in Abyss Studios, and released the following year with their new label, Black Lodge Records. 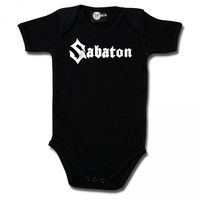