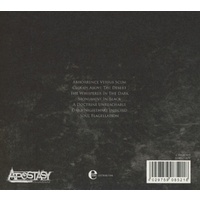 Founded in 1997 under the banner MEGIDDO the demo MC ‘a journey’ is the band’s first output released in February 1999.

In late 99 the band name is changed to SONIC REIGN, thus paying tribute to the style of the new material written within that year. Four new songs hailing that style find their way onto the follow-up release, the Mini-CD ‘the decline portrait’ which is recorded during February 2002 and released by Supreme Chaos Records in 2004. The reviews for that MCD are excellent (Rock Hard magazine even talks of SONIC REIGN beating the then-recent SATYRICON release).

The debut full-length album ‘raw dark pure’ is released in July 2006. The press loves the release, high ratings everywhere and even ‘Demo of the Month’ in Germany’s Metal Hammer and ‘NEWCOMER OF THE MONTH’ in Germany’s Zillo Magazine. The album is re-released via Metal Blade Records in april 2007.

In 2011 the band completes the recordings of ‘monument in black’. The yet unreleased album was mastered in Markus Stock’s Studio E and already received many enthusiastic reactions of members of the media such as Rock Hard, Zillo, Legacy, EMP and metal.de. A good bunch of the Lyrics of the album have been written by Azathoth (Eudaimony, Ex-Dark Fortress) who will join the band’s ranks for the follow-up release of ‘monument in black’.

Track Listing:
01. Abhorrence Vs Scum
02. Clouds Above The Desert
03. The Whisperer In The Dark
04. Monument In Black
05. A Doctrine Unreachable
06. Daily Nightmare Injected
07. Soul Flagellation