Suffocation Of The Dark Light CD

...Of the Dark Light is the eighth studio album by American death metal band Suffocation


Written over a four-year span but finalized in the studio, "…Of The Dark Light" ups SUFFOCATION’s already ridiculous ante. The first song written, 'The Warmth Within The Dark', is just as powerful, technical, and savage as the last song written, 'Caught Between Two Worlds'. It’s hard to believe members Frank Mullen and Terrance Hobbs were doing this in their teens. Now, almost three decades later, SUFFOCATION are more intense, have more fire, and can still out-riff, out-growl, and out-blast younger bands mimeoed off classics like "Despise The Sun" and "Blood Oath".

Track Listing:
1. Clarity Through Deprivation
2. The Warmth Within The Dark
4. Return To The Abyss
5. The Violation
6. ...Of The Dark Light
7. Some Things Should Be Left Alone
8. Caught Between Two Worlds
9. Epitaph Of The Credulous 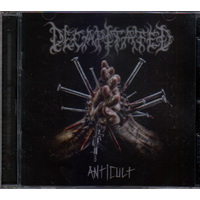 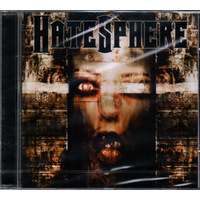