Shop our range of official Amaranthe merchandise including Amaranthe shirts, Amaranthe hoodies and more. Amaranthe are a Swedish metal band formed in 2008 and are notable for having three vocalists Elize Ryd, Henrik Englund Wilhemsson, and Nils Molineach each with their own distinctive style. The band present a unique sound which incorporates elements of power metal, melodic death metal, metalcore, synth pop and dance. Members of Amaranthe have performed in other bands such as Kamelot, Nightrage, DragonLand, Dream Evil and Mercenary. Amaranthe albums released to date are Amaranthe (2011), The Nexus (2013), Massive Addictive (2014), Maximalism (2016) & Helix (2018). 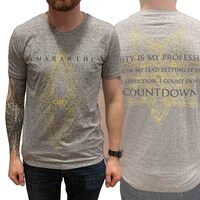 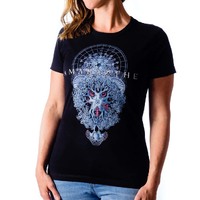