Heavy Metal Merchant is your source for official Motorhead merch. Our range of Motorhead rock clothing and merchandise includes band t shirts, patches, hoodies, poster flags, magnets, keychains, wristbands, beanies, bandanas, gloves, dog tags, CDs and even baby clothes for the Motorheadbanger or those searching for the perfect gift item for the rock fan. So if you are a looking for a Motorhead t shirt, vinyl album, turntable slipmat, sleeveless button down shirt or an accessory item for your collection then our Lemmy and Motorhead band merchandise store is your place!

Motörhead now a legend were an English rock band founded by bassist, singer, and songwriter Ian "Lemmy" Kilmister, who was the sole constant member. Many of their best-selling albums and singles feature the work of Motorhead members "Fast Eddie" Clarke on guitar and Phil "Philthy" Animal Taylor on the drums. The band is often considered a precursor to the new wave of British heavy metal, and their fusion of punk rock into the genre helped to pioneer speed metal and thrash metal with bands such as Metallica citing Motorhead as a major influence. The group released 22 studio albums, 10 live recordings, 12 compilation albums, and five EPs over a career spanning 40 years. Motorhead albums Ace Of Spades, No Sleep 'Til Hammersmith, Orgasmatron, Iron Fist, Overkill, Bomber, 1916 and No Remorse are now considered classics of the genre. Popular Motorhead songs include Ace Of Spades, Overkill, Orgasmatron, (We Are) The Road Crew, Iron Fist, Killed By Death and Bomber. They were Motorhead and They Played Rock n’ Roll. Everything Louder than Everything Else, Born To Lose, Live To Win - Long live Motorhead! 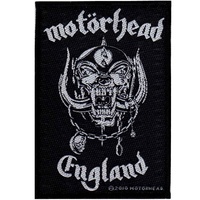 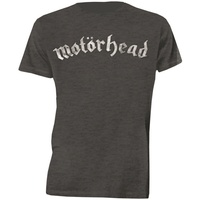 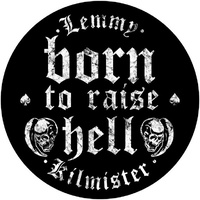 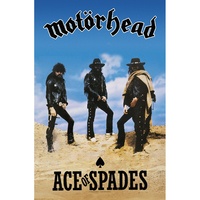 Motorhead Ace Of Spades Back Patch 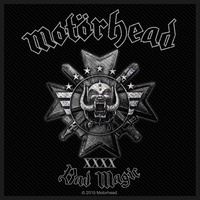