Shop our range of official death band merch! If you are looking for a death band t-shirts, death hoodies, death beanies, death patches, death poster flags, death gloves, death pins, death badges or even death turntable slipmats then you have come to the right place. American band Death along with Morbid Angel, Obituary, Cannibal Corpse and Deicide are one of the pioneering death metal bands and architects of the extreme metal genre. Scream Bloody Gore their debut album released in 1987 is considered to be one of the first death metal albums alongside Possessed Seven and Necrophagia’s debut release. Death brainchild Chuck Schuldiner formed the band in 1983 and continued evolving the band's musical style with a revolving line up until his untimely death of brain tumour in 2001. The musical style of Death evolved to incorporate elements of what later became known as Technical death metal, progressive metal and melodic death metal setting new standards for the extreme metal genre. The band's musical output has endured with a loyal following influencing generations of metal musicians and bands that followed. 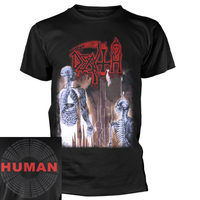 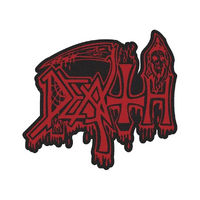 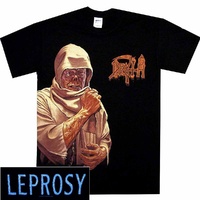 Death The Sound Of Perseverance Patch