Slayer are considered one of the big four of thrash metal alongside Metallica, Megadeth and Anthrax with a more extreme sound and image incorporating satanism, pentagrams and lyrical themes covering topic such as serial killers, war, antireligion, terrorism, genocide and more. After nearly four decades Slayer are considered pioneers of the metal genre influencing countless bands in the extreme metal sub-genres such as death metal, black metal and the next generation of the new wave of thrash metal. Their album Reign in Blood is considered a classic of the genre and has topped many polls as the greatest thrash metal album of all time. Slayer have sold over 5 million albums, with 5 Grammy nominations and one win in 2007.

If you looking for Slayer t shirts, Slayer patches, Slayer hoodies, Slayer posters or searching for the perfect gift item for the metal head then you will enjoy browsing our range of official Slayer merchandise. Slayer Seasons In The Abyss Patch 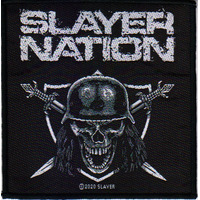 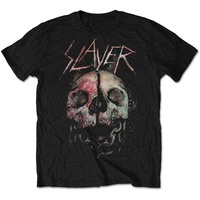 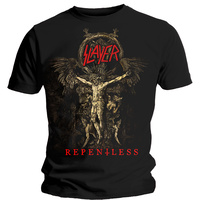