Shop our on online store for Alice in Chains t shirts and official band merchandise. Alice In Chains is an American alternative metal rock band formed in Seattle Washington in the late 80s rising to prominence in the early 90s grunge scene, and over the course of their career have been described as alternative metal, sludge metal, doom metal, drone rock, hard rock and alternative rock. The band have incorporated more heavy metal elements to their sound than many others from this scene incorporating a harmonized vocal style. Alice In Chains guitarist Jerry Cantrell identifies the band as primarily heavy metal. He told Guitar world in 1996, "We're a lot of different things... I don't quite know what the mixture is, but there's definitely metal, blues, rock n roll maybe a touch of punk. The metal part will never leave, and I never want it to" 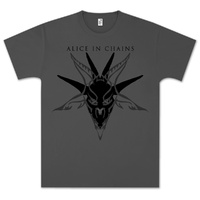 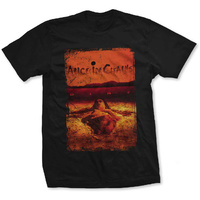