Official Avenged Sevenfold band t-shirts and merchandise including shirts, patches, beanies, poster flags, hoodies, keychains, magnets and even baby clothes for the mini rocker! Our range of Avenged Sevenfold band merch is guaranteed to please the die-hard fan, and if your are looking for the perfect gift item for the metal head you have found your place!

Avenged Sevenfold (also known as A7X) is an American heavy metal band formed in California in 1999, their name is a reference to the story of Cain and Abel from the Bible. Influences include Guns N' Roses, Iron Maiden, Megadeth, Pantera, Bad Religion, Dream Theater, Motörhead, Metallica, Black Sabbath, In Flames, At the Gates, Helloween, Queensrÿche, System of a Down and more. The musical style of A7X began as metalcore on early albums and has evolved to incorporate elements of hard rock, classic and progressive heavy metal. Avenged Sevenfold tour the world headlining large festivals and venues, several of the band's albums have reached the #1 position on the US charts achieving Gold and Platinum status. Avenged Sevenfold albums released in order are Sounding the Seventh Trumpet (2001), Waking the Fallen (2003), City of Evil (2005), Avenged Sevenfold (2007), Nightmare (2010), Hail to the King (2013) and The Stage (2016). Popular Avenged Sevenfold songs include Nightmare, Hail to The King, Seize the Day, Afterlife, So far Away, Dear God, Bat Country, A Little Piece of Heaven, Buried Alive, Unholy Confessions. 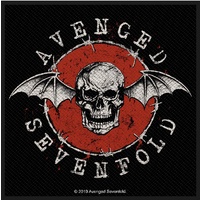 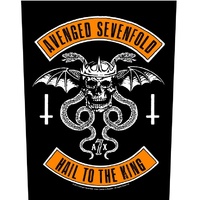 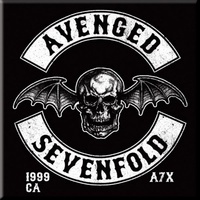 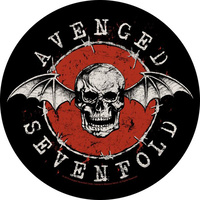 Avenged Sevenfold Hail To The King Back Patch 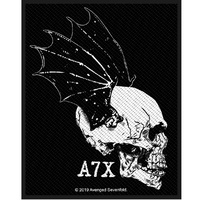 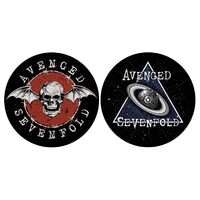 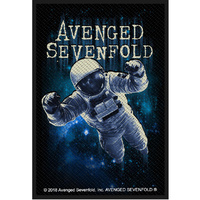