Shop online for official Deicide band merchandise. If you are looking for a Deicide t-shirt, Deicide hoodie, Deicide poster flag, Deicide patches, Deicide keychains a Deicide beanie or Deicide pins for your jacket and more then browse our range and you are sure to find what you are looking for. Deicide are an American death metal band hailing from Florida they are often considered one of the big four original death metal bands alongside Cannibal Corpse, Morbid Angel and Obituary. Alongside fellow Floridians, Cannibal Corpse, Deicide are one of the biggest selling death metal bands of all time, their self titled debut and sophomore effort Legion are some of the highest-selling death metal releases of the CD and SoundScan music era. The band is well known for their blasphemy and anti-christian lyrics which resulted in controversy throughout the 90s with some activist groups. 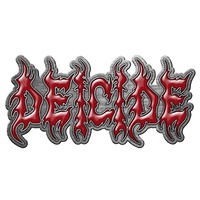 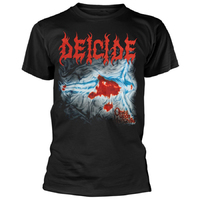 Deicide Once Upon The Cross Album T-Shirt Deicide To Hell With God Patch Deicide To Hell With God Shirt