American heavy metal band Metallica was formed in 1981 in Los Angeles, California by drummer Lars Ulrich and vocalist/guitarist James Hetfield, The group's fast tempos, instrumentals and aggressive musicianship made them one of the founding "big four" bands of thrash metal, alongside Megadeth, Anthrax, and Slayer. Metallica's current line up comprises founding members Hetfield and Ulrich, longtime lead guitarist Kirk Hammett and bassist Robert Trujillo. Guitarist Dave Mustaine (who went on to form Megadeth) and bassists Ron McGovney, Cliff Burton and Jason Newsted are former members of the band. Metallica has released ten studio albums and has won nine Grammy Awards from 23 nominations, and its last six studio albums (beginning with Metallica) have consecutively debuted at number one on the Billboard 200. Metallica ranks as one of the most commercially successful bands of all time, having sold over 125 million albums worldwide.

If you appreciate the music this band creates are a fan looking for Metallica t shirts, Metallica hoodies, Metallica posters, Metallica patches or a gift buyer for the rock or metal fan then browse our range of official Metallica merchandise. 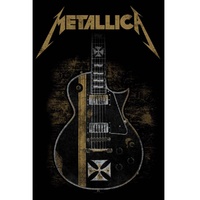 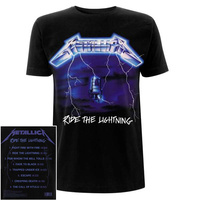 Metallica Harvester Of Sorrow Back Patch 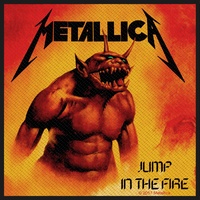 Metallica Jump In The Fire Patch Metallica Logo Wherever I May Roam Patch Metallica Master Of Puppets Back Patch 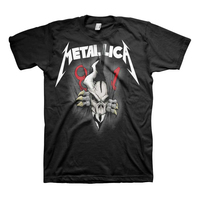 Metallica And Justice For All CD Remastered