Shop our range of official Kiss band merchandise. If you are looking for a Kiss t-shirt, Kiss long sleeve shirt, Kiss patch, Kiss hoodie, Kiss sticker, Kiss magnet, Kiss keychain, Kiss poster flag, Kiss baby and kids wear and more then we have the merch to satisfy any member of the Kiss Army. Kiss are an American rock band famous for their trademark face make-up and costume characters formed in New York in the 1970s with original members Gene Simmons, Paul Stanley, Ace Frehley and Peter Criss and have gone onto become one of the biggest bands of all time filling stadiums with massive concert production for decades. Influenced by Alice Cooper, The Beatles, New York Dolls, The Who, Slade and others their style has been categorised as hard rock, glam metal, heavy metal and shock rock. Enjoy browsing our selection of official Kiss band merchandise. 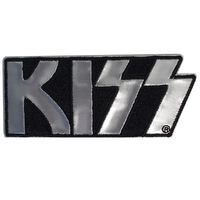 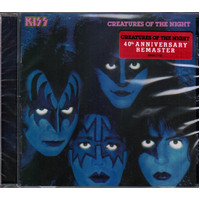 Kiss Creatures Of The Night CD 40th Anniversary Re 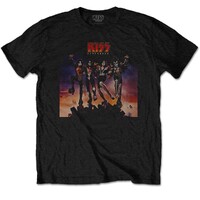 Kiss Rock And Roll Over Patch 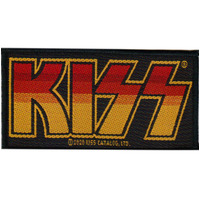