Official Immortal band shirts and metal merchandise. Immortal is a black metal band hailing from Norway founded in 1991 by frontman Abbath and guitarist Demonaz. Differing from other black metal bands Immortal do not have many Satanic lyrics instead focusing the content on an overall theme on a realm called Blashyrkh, which is said to be "demon-and-battle-filled" inspired by the isolation of Bergen Norway's winter landscapes, woods, mountains, darkness, fog", and glacial valleys. In 2015 Abbath founded a new band under his own name. Immortal albums in order of release are Diabolical Fullmoon Mysticism (1992), Pure Holocaust (1993), Battles in the North (1995), Blizzard Beasts (1997), At the Heart of Winter (1999), Damned in Black (2000), Sons of Northern Darkness (2002), All Shall Fall (2009), Northern Chaos Gods (2018) Immortal At The Heart Of Winter Patch Immortal All Shall Fall CD Immortal Battles In The North CD Immortal Battles In The North Shirt 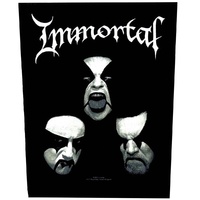 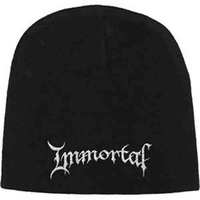 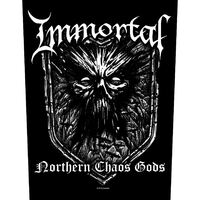