Welcome to our Guns N’ Roses Merchandise Store, Heavy Metal Merchant is your source for official Guns N’ Roses merch! It’s so Easy to shop our Garden of Eden of Guns N’ Roses and Slash rock clothing and merchandise which includes band t shirts, patches, hoodies, poster flags, magnets, keychains, wristbands, beanies, bandanas, gloves, dog tags, vinyl and even Sweet Child O’ Mine baby clothes for the Rock n’ Roll Outlaw and those searching for the perfect gift for the mega-fan Don’t Cry you have found your Paradise City, our Guns n’ Roses band merchandise store is your place!

Guns N' Roses, often abbreviated as GNR, is an American hard rock band from Los Angeles, California. The classic lineup consisted of vocalist Axl Rose, lead guitarist Slash, rhythm guitarist Izzy Stradlin, bassist Duff McKagan, and drummer Steven Adler. The membership of the band has changed many times since the early 1990s, the majority of the original line up regrouped for the Not in This Lifetime... Tour in 2015 which is listed as the fourth highest grossing concert tour of all time. Guns N' Roses has sales of more than 100 million records worldwide securing their place in the Rock and Roll Hall Of Fame as one of the greatest acts in hard rock history. Guns N' Roses albums in order of release are Appetite for Destruction (1987),  G N' R Lies (1988), Use Your Illusion I (1991), Use Your Illusion II (1991), The Spaghetti Incident? (1993) & Chinese Democracy (2008). 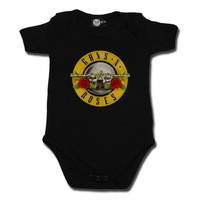 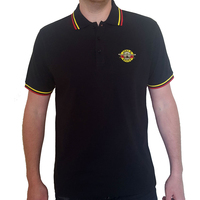