Shop our range of official Anthrax band merchandise including t-shirts, patches, badges, poster flags, keychains, magnets, stickers, wristbands, beanies and more! If you are a metal fan looking for a treat for yourself or searching for the perfect gift item for the metal head then you will enjoy browsing our range official Anthrax merchandise.

Anthrax are one of the big four of thrash metal alongside Metallica, Slayer and Megadeth that rose to prominence in the 1980s. Anthrax hail from New York with other east coast bands like Overkill, Nuclear Assault and Kiss. Anthrax is unique in style from other bands in the thrash metal realm having a melodic vocal approach from vocalist Joey Belladonna and were one of the pioneering bands before the advent of nu-metal to fuse rap and hip-hop with their Bring The Noise crossover hit collaboration with Public Enemy. 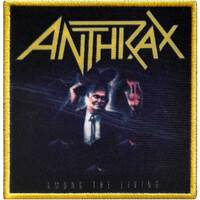 Anthrax For All Kings Patch Anthrax Among The Living Back Patch Anthrax Among The Living CD 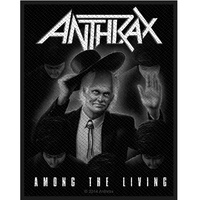 Anthrax Among The Living Patch Anthrax Among The Living Sticker 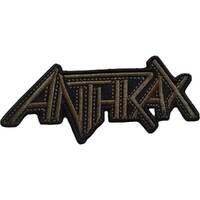 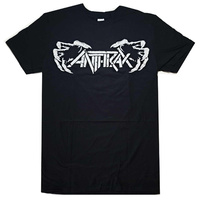 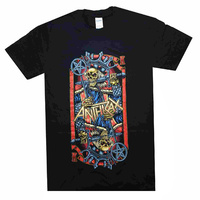