The band's first effort was the mini-album “Progeria”, released in 2003 on CD only. In their humble start, the band can be described as a mixture of the psychedelic space rock akin to Hawkwind and the heaviness and darkness of early Black Sabbath. At the time of release, they had done a lot of demos and were very active as a live band in Norway.

Progeria has been out of print for a long time and has been re-mastered by Jacob Holm-Lupo for this release.

Track Listing:
A1. Progeria
A2. Silver Storm
B1. Shelobs Cave/The Great Shelob/Wizard In White
B2. Megalodon 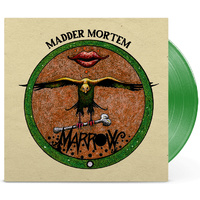