Hammerheart is the fifth studio album by Swedish extreme metal band Bathory. It continued the previous album Blood Fire Death's transition away from black metal to what became recognized as Viking metal, and is considered a cornerstone work of the genre.[1] A music video was made for "One Rode to Asa Bay." Emperor In The Nightside Eclipse Shirt 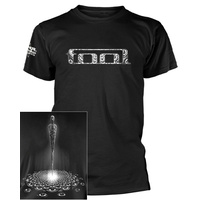