Cristiano Filippini’s “Flames of Heaven” was born of an idea by Italian Epic Symphonic Composer and guitarist Cristiano Filippini in 2018. Hailing from Pesaro, Italy, Cristiano was born in 1981 and once he got his degree in law he started to focus full-time on his musical career, studying composition, film scoring, guitar, and electronic music in conservatories and private schools.

After the release of his epic symphonic instrumental works “The First Crusade” (2010), “Flames of Passion” (2011), and “The Best of Swords and Flames” (2015), and after several concerts with the Symphonic Orchestra in various Italian opera houses and churches, he decided to start a band to fulfil his biggest dream since childhood: to build a career in the hard rock and metal world. During his symphonic time, he had been contacted by the singer Marco Pastorino (Temperance) and guitarist Franco Michelotti (Shining Fury) who told him that they would love to be part of this metal project, so they started working on the first ideas. After a few years, Franco Michelotti moved to England and quit the project.

Track Listing:
1. The Force Within
2. We Fight for Eternity
3. Far Away
4. Against the Hellfire
5. Always with You
6. Dying for Love
7. Finding Yourself
8. Lightning in the Night
9. Missing You
10. Moonlight Phantom
11. The Angel and the Faith
12. Ab Angelis Defensa
13. Missing You (CD Only Bonus Track) 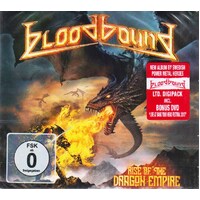 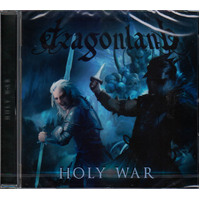