The greater the success, the greater the demand for albums that are out of print. Italy's Melodic Techno Thrashers Eldritch are aware of this dilemma and have decided to re-release their successful 1998 album "El Niño", remastered and enhanced with six bonus tracks, among them a cover version of Yngwie Malmsteen's Dreaming, taken from the legendary "Rising Force" album.

"El Niño" has to be pointed out because while listening to it, you notice the quintet developed significantly on it, musically as well as style-wise. Before this record, bands like Qüeensryche or Fates Warning were the main influence - on "El Niño", Metallica, Coroner and Annihilator influences are more prevalent. 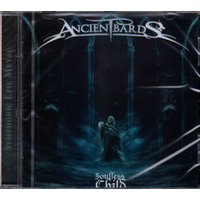 Eyefear The Inception Of Darkness CD