German-based metal unit Mental Cruelty from Karlsruhe present the re-release of their debut album PURGATORIUM. PURGATORIUM paved its way to the metal scene in early 2018. With this record, Mental Cruelty gained international attention throughout the underground slam and extreme metal scene.

The record will be available as Ltd. CD Digipak and as 180-gram Gatefold LP and comes remixed and remastered from Mental Cruelty's in-house engineer and guitarist Nahuel Lozano who spiced up the original mix with a more modern sound to get those "slams" as brutal as possible. PURGATORIUM is a must-have record for all true SLAM lovers and CD or vinyl collectors. It shows the skills of the band in their craft right from the start.

Recommended if you like: Enterprise Earth, Aversions Crown, Hollow Prophet, Until We Die, Brand of Sacrifice, Osiah

Track List:
1. Chapter I The Rotting World Above
2. Chapter II The Rise Of The Antichrist
3. Vicarius Filii Die
4. Father Of Abomination
5. Genesis (Lies From The Beginning)
6. The Venerable One
7. Immortalising Purgatory
8. The Incantation Of Human Annihilation 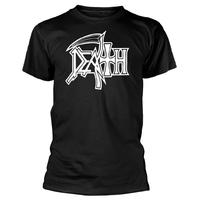