The Finnish heroes of cult Heavy Metal OZ is back with their seventh studio album!

More than five years after the re-start of their career with the ”Burning Leather” release, the band led my founding member and drummer Mark Ruffneck finally delivers the anticipated studio album "Transition State" (their first all new songs album since 1991!). And OZ doesn’t fail to impress with thirteen cracking and fresh, traditional Metal tracks of immensely high quality. Even though Mark Ruffneck is the last remaining member left from the original line-up, OZ are as strong as ever and continue to haunt you with the relentless, uncompromising sound they are known for! 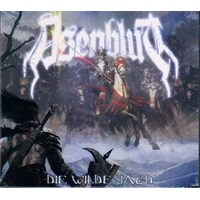