Czech death metal from the 90s, re-released on CD for the first time limited to 1000 copies!


Accustomed to Illusion is the second album of Poland’s Parricide. Originally released in 1996 Awakening records have done an excellent job (again!) on this fifteen-track slab of underground metal.

For the uninitiated, this prolific five-piece conjured over 16 releases before their demise in 2015, and Accustomed to Illusion was their second full-length album. It is thrashy death metal of the era bristling with youthful energy where speed and energy outweigh technical prowess.

It is raw yet, blistering high on adrenaline “Cobweb on The Soul”, ‘’ Dialogue of the Thoughts’’ and ‘’I Am Cursed’’ thunder with large beats and manic solos that fly out of nowhere and disappear just as quickly whilst “Drown in Misery” will sate the appetite of all true death metal fans.  The drums are manic chaos and Młody screams and rages although at times he is a little buried in the mix

Awakening records have done the goods in re-releasing Parricide’s first three records and you will find new liner notes, artwork, and demos from each album previously unreleased. ‘’Mentally Insane’’ And ‘’ Pushed Aside’’ could have easily been included on the original album. It is a faithful representation of the band completed by true fans.

An album definitively of Its era and a times shows its age and influences Parricide endured in their style while their countrymen pursued the edges of extremity. For long-time fans, this is a must-have. Accustomed to Illusion catches the spirit and style of European death metal in the mid-’90s 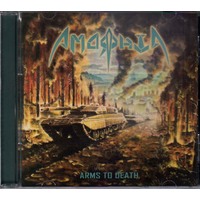 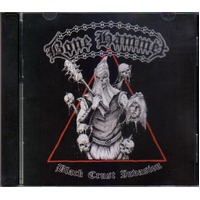 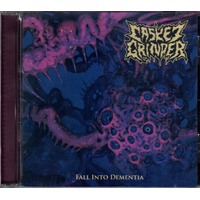 Parkcrest And That Blue Will Turn To Red CD