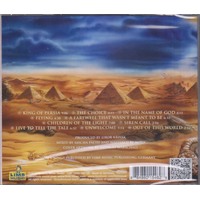 
The Czech Republic has until now never been a shining light on the international Heavy Metal scene. Now and again a band would appear but then disappear again shortly afterwards. That, however, does not apply to SYMPHONITY, a union of talented Czech, Slovakian and German musicians who have recorded their third album, “King Of Persia”. ?

The band can be classified in the classical-symphonic genre, plays at a very high international standard and easily keeps pace with established bands such as Stratovarius, Rhapsody, Dionysus, Thunderstone and Sonata Arctica. Up-tempo hymns with high classical melodies, complex guitar parts played with virtuosity, unmistakeable vocals and memorable melodies are the characteristics of this, the band’s third album. Their previous work, “Voice from the Silence” had already impressed both the press and fans and came highly recommended listening. 2016 is sure to be a successful year for SYMPHONITY.

“King Of Persia” contains all the ingredients that fans of Sonata Arctica, Stratovarius, Rhapsody and Thunderstone expect from a high quality album: a build-up of broad choruses, voluminous melodies, galloping guitar attacks as well as neo-progged 6-string inserts. Add to that the vocals, which will send shivers down the spine of voice freaks. “In The Name Of God” with its classical guitar tracks will get the headbangers active and the melodies are irresistable and simply force you to sing along with them. The seven minute long “Children Of The Light” changes pace, mood and progressive claims – it’s a fast paced firework display of inspiration and complexity. The title track, around nine minutes long, is the core of the album and shows off the band’s clear talents for writing exciting songs and to put them to music in an equally impressive manner. Whilst “Siren Call” curls through your ears in a ballad-like way, “Live To Tell The Tale” is almost a rock number. “The Choice” will certainly thrill Avantasia fans. You can see, or rather you can hear that SYMPHONITY have managed to expand their musical field without having reduced the level of its basic influences. “King Of Persia” is a “Must Have” album for fans of Melodic Heavy Metal in 2016. 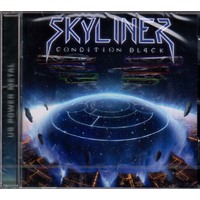 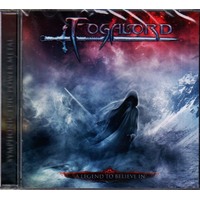