"Disharmonic Revelations", a relentless world-beater of a record, and the first to feature a two-guitars-wall-of-sound attack! A much more mature songwriting approach is met by heavy riffs, relentless but precise drumming and a crystal-clear but also ultra-heavy production by Jörg Uken (Soundlodge Studio). Towering over all this is vocalist Dirk Weiß, who seriously upped his game tremendously this time! His range is quite impressive, varying from guttural growls, through relentless screaming to harmonic singing. Led by new recruits Roman Spinka and Claudio Illanes on guitars, the band musically "Frankensteins" the primitive, yet violent Carnivore-like outbursts of its opus magnum and fan-favourite "Against Everyone" (1994) with modern, more sophisticated elements. "Disharmonic Revelations" is a musical rollercoaster ride in the best, yet harshest way possible.

Songs like "Vision And Reality" or "MMXX" are hypnotic, slow pace stompers which are followed by crushing thrashers like "Parasite", "The Last One" or "Resurrection". Psychedelic, almost post-rock-like moments unfold in "Decisions Fall" or "The Unpredictable Past", before neck-breaking, speedy blast beats disrupt the beauty of the moment... you never know what's lurking around the next corner. Warpath 2022 is different, even heavier, meaner and darker than ever before! Brutal thrash metal meets death metal meets N. Y. hardcore meets post-rock meets progressive meets noise/wave meets avant-garde. Inspired by all the chaos and turmoil that was 2020 and beyond, singer and founding member Dirk "Dicker" Weiß also contributes way more than just atypical lyrics: Sarcastic, satirical sideswipes at the former USA president and conspiracy theorist are made in "The Last One"! Emotional, in music-framed feelings about the world events in the past year are thematized in "MMXX" & "Disharmonic Revelations". Dealing with one's own life story in "Scars" as well as "A Part Of My Identity. "Parables ("The Unpredictable Past") and egoism ("Egos Aspire") are questioned, decisions questioned ("Decisions Fall"). Present and future ("Digitized World") shakes hands with hope ("Resurrection") and a never-give-up attitude. Feanor Power Of The Chosen One CD Digipak 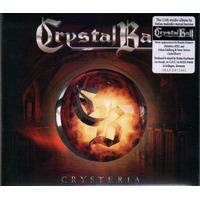 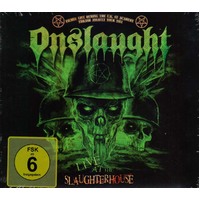 Lost Society If The Sky Came Down CD 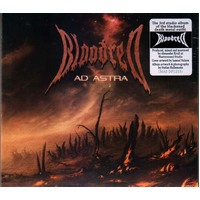