After re-releasing the first three albums in the bands' career, Once Sent From The Golden Hall, The Avenger, and The Crusher - earlier in the year, Amon Amarth released the fourth beast in the re-issue series. The deluxe re-issue of Versus The World!

Versus The World is released again as a digipak featuring two discs. Disc one features the entire album remastered by Jens Bogren.

Disc two features the live recording of the show Amon Amarth played on December 31, 2008, in Bochum, Germany in which they played the album in its entirety. The order of songs is the same as on disc one. Similarly to the first three re-issues, this one also features new liner notes written by the band.

Recommended if you like: Powerwolf, In Flames, Arch Enemy, Hypocrisy, Children of Bodom

Disc 1
01. Death In Fire
02. For The Stabwounds In Our Backs
03. Where Silent Gods Stand Guard
04. Versus The World
05. Across The Rainbow Bridge
06. Down The Slopes Of Death
07. Thousand Years Of Oppression
08. Bloodshed
09. …And Soon The World Will Cease To Be

Free postage anywhere in Australia on this item 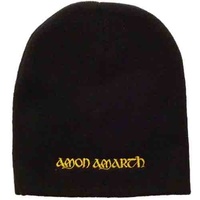