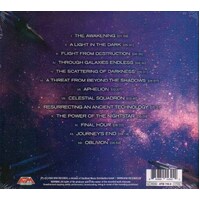 The Power Of The Nightstar is the sixth full-length album from the Swedish symphonic power metal band Dragonland.


More than ten years without a new studio album could be reason enough for a band to fall into oblivion unless of course, they left a lasting impression on their fans before their hiatus. In the case of Swedish melodic metal act Dragonland, who have inspired their extensive following repeatedly since the release of their debut The Battle Of The Ivory Plains (2001), the anticipation of new material has continued to grow from year to year since their 2011 release Under The Grey Banner.

Dragonland belongs to one of the most energetic and passionate bands of their genre, unleashing epic, fast-paced power metal with gripping melodies! ‘The Power of the Nightstar‘ was recorded, mixed and mastered by Jacob Hansen at renowned Hansen Studios, and sees the band continue as the line-up consisting of keyboardist Elias Holmlid, bassist Anders Hammer, vocalist Jonas Heidgert and guitarists Olof Mörck and Jesse Lindskog, complemented by drummer Johan Nunez (Firewind, ex-Nightrage), who joined Dragonland in 2014.

Track Listing:
1. The Awakening
2. A Light In The Dark
3. Flight From Destruction
4. Through Galaxies Endless
5. The Scattering Of Darkness
6. A Threat From Beyond The Shadows
7. Aphelion
8. Celestial Squadron
9. Resurrecting An Ancient Technology
10. The Power Of The Nightstar
11. Final Hour
12. Journey's End
13. Oblivion 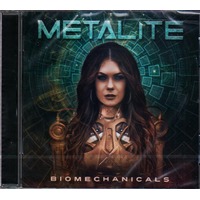 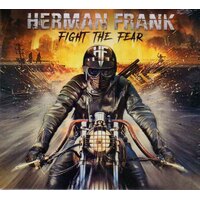 Dragonland The Battle Of The Ivory Plains CD