s Fogalord A Legend To Believe In CD 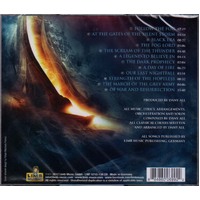 A Legend To Believe In is the epic debut album from the Italian symphonic power metal band Fogalord.


"A Legend To Believe In" comes alive through its hymn-like, epic songs, which gain power and energy from bombastic melodies. The guitar work on all twelve tracks is of the highest standard so that even the most critical nit-picker will have absolutely nothing to complain about. Dany All's vocals are classical but especially during the "wilder" parts they blow you away with his awesome vocal performance. The orchestral sections of the album are fabulous and not at all intrusive, being instead woven into the songs in such a way that they form a carpet of completeness. All in all, fans of classical-speed, highly melodic Metal with impressive vocals will have no excuse to pass over this first-class album.

Track Listing:
1. Follow The Fog
2. At The Gates Of The Silent Storm
3. Black Era
4. The Fog Lord
5. The Scream Of The Thunder
6. A Legend To Believe In
7. The Dark Prophecy
8. A Day Of Fire
9. Our Last Nightfall
10. Strength Of The Hopeless
11. The March Of The Grey Army
12. Of War And Resurrection Firewolfe We Rule The Night CD 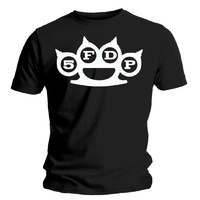