The Batallion Stronghold Of Men CD

The Battalion are a something of a Bergen/Norway uber-band, containing members and ex-members from such outfits as Old Funeral, Grimfist, Borknagar and Helheim, only this isn't the Black Metal supergroup you'd expect, this is actually the darkest and most old-school Blackened Thrash Metal you can expect.

Helped by a clear, yet raw sound, the guys kick right into "The Spirit Of Masculinity", a track that sums up the complete and utter testosterone injection their music is, think Hellhammer, Bathory and, of course, Old Funeral themselves, and you get a picture of just how damn evil this sounds, it reeks of oldschool, sweat, piss and all./

Following the excellent and anthemic "Born In A Grave", the guys inject some serious Punk into "Detonate", which bears the early 80's feel of bands such as Amebix and Discharge, with heavier guitars and a Metallic aftertaste that is. The wah-wah soloing towards the end is impressive, and then vocalist Stud Bronson seemingly dies with the song… 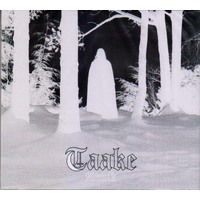 The Batallion Head Up High CD