The Devil Rides Out is the third album from German metal legend Herman Frank!


HERMAN FRANK is a German metal legend. A guitarist and songwriter supreme, Frank was a member of both Accept and Victory. In 2009, his first 'solo' album 'Loyal To None' was released, followed by 'Right In The Guts' three years later. After re-issues of both 'Loyal To None' and 'Right In The Guts' by their new label AFM Records, HERMAN FRANK and band unleashed their third full-length release titled 'The Devil Rides Out', a crushing piece of German metal will make fans cry out in joy. It combines Frank's masterful guitar work with the raspy vocals of Swedish powerhouse Rick Altzi (Masterplan, At Vance), the powerful drumming of Andre Hilgers (ex-Rage) and the talent of Michael Müller (Jaded Heart) on bass.

'The Devil Rides Out' is a stunning piece of work, produced by Herman Frank and mixed by Charly Bauerfeind (Blind Guardian, HammerFall, Helloween). It's a must-have for the collection of every Accept and Victory fan especially, but will amaze metal-heads far beyond that. 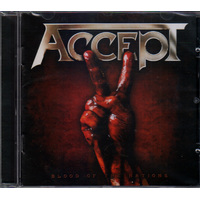 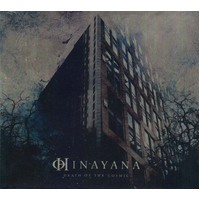