The Swiss death metal quartet Disparaged will finally release their fourth full-length album “And Babylon Fell” in October via Apostasy Records on humanity.

The band has been active since 1999 and presented with “Overlust”, “Blood Source” and “The Wrath Of God” already three terrific albums, which have received outstanding feedback by both fans and press.

On their latest work Disparaged have managed once again to increase and present their strongest material. “And Babylon Fell” was produced by master producer Jacob Hansen (Aborted, Volbeat, Destruction, Pestilence) and the impressive cover artwork was done by the Polish artist Xaay who has already worked among others with big names like Nile, Behemoth and Necrophagist.

Anyone who thinks the Swiss compatriots are slow will be convinced with the opposite by Disparaged. Dynamic drumming and brutal hardness is completed by the quartet with downright virtuosic melodies in the solos. The compositions are as conclusive as exciting.

Recommended if you like:  Kataklysm, Aborted, Illdisposed, Bolt Thrower 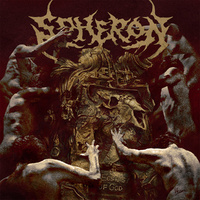